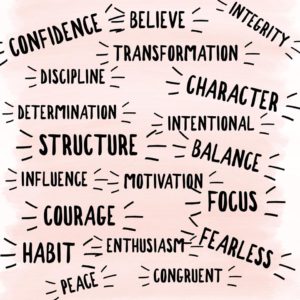 Have you set your New Year’s resolutions? I’m a big goal setter so I’ve been taking the last week of 2017 to write down some goals that I want to accomplish in 2018. This is a practice I’ve been doing for many years.

END_OF_DOCUMENT_TOKEN_TO_BE_REPLACED

The Difference Between A Winner and A Loser

The difference between a winner and a loser:

A Winner sees opportunities in every problem.

A Loser sees problems in every opportunity.

END_OF_DOCUMENT_TOKEN_TO_BE_REPLACED

Dreams are goals with a deadline.

I’m a big believer in dreaming big!  I’m the kind of person that believes anything is possible, and you should never put limits on what you are capable of.

END_OF_DOCUMENT_TOKEN_TO_BE_REPLACED

Celebrate the victories – especially the small ones!

As you work towards accomplishing your goals and dreams, you will certainly face adversity.  There will always be mountains to climb, and as soon as you conquer one mountain you will probably find another.

It may even seem at times that everything is going wrong, and victories are few and far between.

END_OF_DOCUMENT_TOKEN_TO_BE_REPLACED

Believing in yourself is not enough.

In order to achieve any great work, you must first believe it’s actually possible. Without belief, you will never get over the fear, and the self-doubt that holds you back.

Belief is essential, but belief by itself will get you nowhere.  Without work you will fall short of your goals every time.

END_OF_DOCUMENT_TOKEN_TO_BE_REPLACED

“5 tips for working with difficult people.”

Years ago I asked the legendary Coach John Wooden a question.  I said, “Coach, how would you handle a player like Dennis Rodman?”  This was during the time period when Dennis Rodman was making headlines with his flamboyant personality and controversial play for the Detroit Pistons.

When I asked coach that question, he looked me right in the eye, pointed his finger at me and said, “Young man, you handle things…you work with people.”

END_OF_DOCUMENT_TOKEN_TO_BE_REPLACED

“Do It Now Mentality!”

Do you want to be more productive?

Doing this one thing will literally change your life:  It’s the “Do It Now” mentality.

Many people have developed a bad habit of procrastination! Psychology Today reports that nearly 20% of all people chronically put things off.   A study done by the American Psychological Association showed that the number of people who procrastinate is on the rise, and that it makes people less healthy, less wealthy, and less happy.

END_OF_DOCUMENT_TOKEN_TO_BE_REPLACED

Think about what you’re thinking about!

The way you think determines everything about the quality of your life.  Studies have shown that your life will naturally move towards what you think about most.

END_OF_DOCUMENT_TOKEN_TO_BE_REPLACED

Who’s in your circle?

It’s been said that you are the average of the five people you hang out with most.   Give thought to who you are with, and if they are people who are helping you get to where you want to go.

Remember, winner’s hang with winners and losers hang with losers.  If you want to win, it is a MUST that you surround yourself with winners.  You cannot be a winner, and have losers in your life.

END_OF_DOCUMENT_TOKEN_TO_BE_REPLACED

It’s been said, “If you are going through hell, keep going.”

Get through it.  Never surrender.

If you really believe in your cause then you won’t let the circumstances around you determine if you keep going or not.   Don’t listen to the negative voices in your life that are telling you to throw in the towel.  Don’t quit.  Never surrender.  It’s that simple.

It may take you a little longer to get there…you may have unexpected adversity to fight through…perhaps you have setbacks you didn’t account for, but just keep going and don’t stop.

Too many people surrender too soon.  That’s not you!  When the going gets tough, the tough get going.  Remember, if it were easy, everybody would do it.

Just get through it.  Never surrender.

Don’t let the pain you are going through overtake you and bring you down.  Pain is temporary. Quitting last forever.

You’ve come this far already so don’t stop now.  You’ve experienced difficulty, hardship, pain….you might as well get a reward from it, so just keep going.

Check out the little cartoon below, and remember to keep fighting and never surrender.  You don’t know how close you are.  You’re breakthrough could be just around the corner!

Never Surrender.
Keep going and never give up.
Get Motivation Minute sent to your inbox weekly!